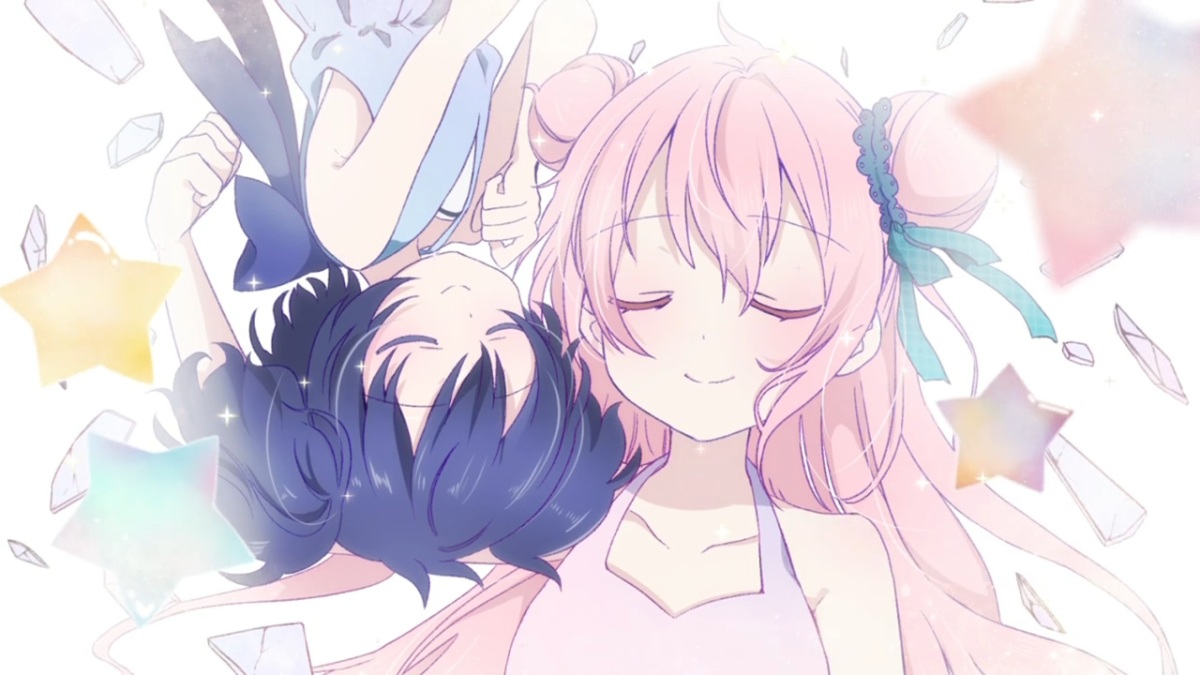 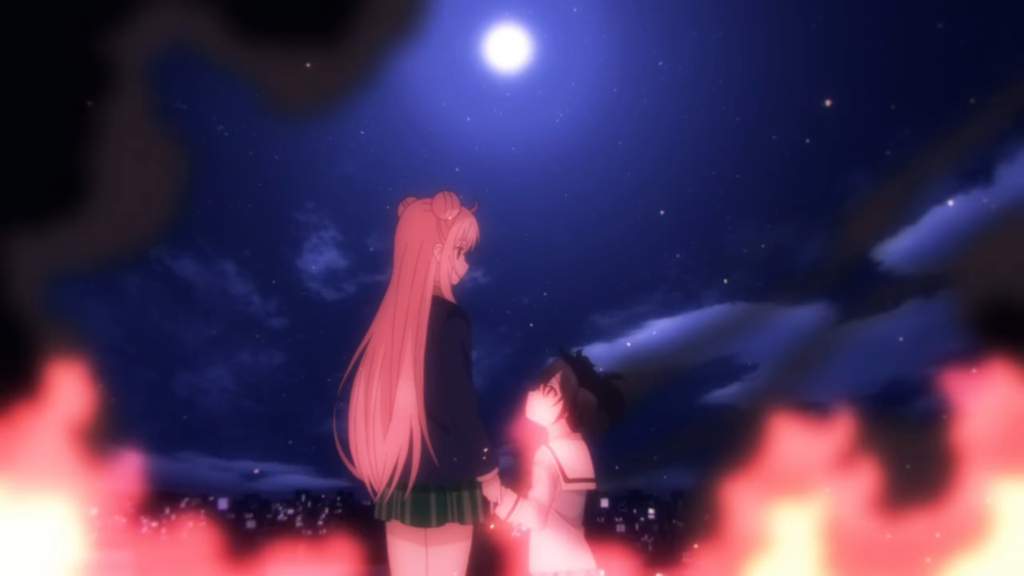 At the first few seconds of the episode it shows both characters Satou and Shio nearby a pit of fire. It doesn’t really explain what happened in the scenario, but we could tell from her expression and words how she finally realized how love felt like at that scenario.

Now I wonder what happened at that moment. 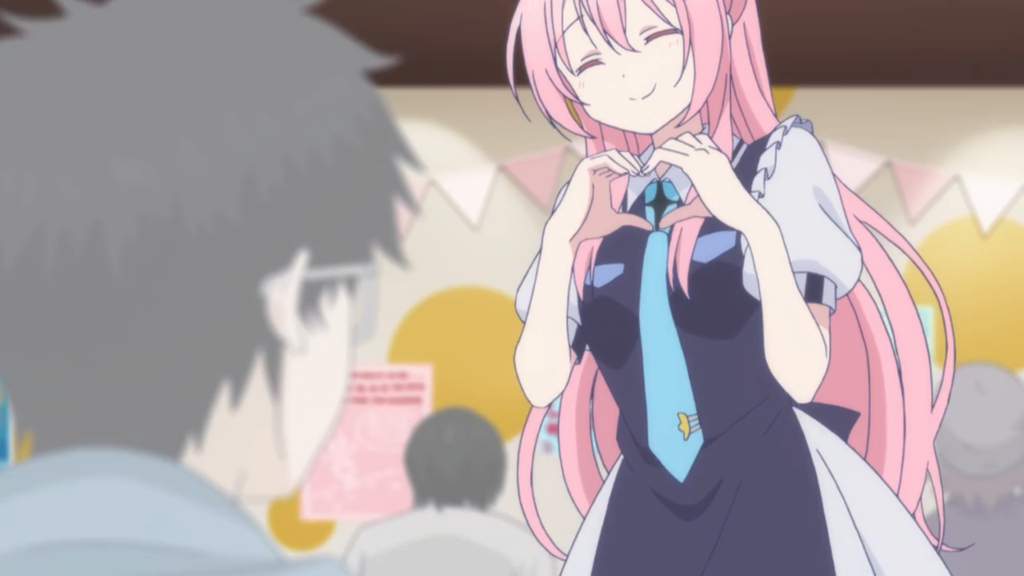 We are introduce to Satou, a student that’s known for fooling around with different guys, which was also acknowledge by her friend. In this part she explain to her friend how she also decided to stop fooling around and flirting with other guys since she’s already found someone that she loves.

Cue surprised reaction of her friend.

And cue to her mentioning that she lives with the person she loved.

If the word spreads out that she lived with a man or what the friend thought it would create a scandal in her school. Well if the friend does keep her mouth shut. It continuous on getting to know Satou, showing how she’s working part time to earn more money, how she lives alone with Shio without any adult supervision. 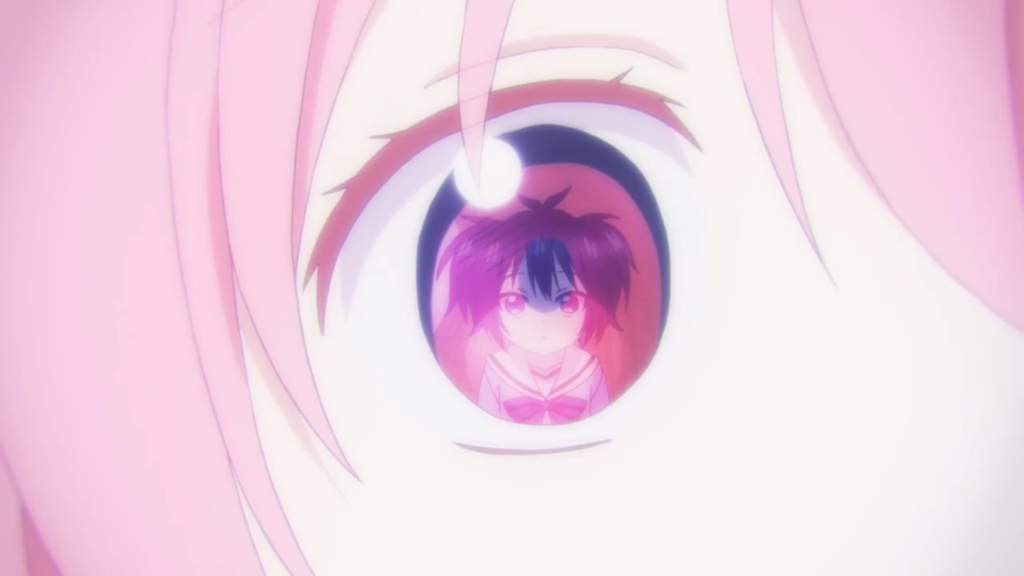 Look at that adorable expression waiting by your doorstep, of course you gotta love the cuteness of Shio just waiting for Satou to come home. Her pure and innocent expression just makes me want to nom her cheeks, but back to the review. I could see why Satou would have fallen for Shio, because of her innocent and pure thoughts at that very moment, and not to mention their nightly routine of their vow and promise.

In sickness and in health,
through happiness and sadness,
for richer, for poorer,
I promise to love you, Satou-chan,
until death do us part.

It’s one of the sweetest vow’s you’ll every hear from a child, and from how it appears this is Satou’s way of calming herself down after a long day of work, and her worries. Even though it seems perfect at the moment, she is well aware of the utilities they need in order to survive such as food, utilities, furniture, and clothes. At least she knows the responsibilities she has to do in order for them to live, since from what it looks like she has no support from any of her family or whatsoever.

Oh all those expenses. 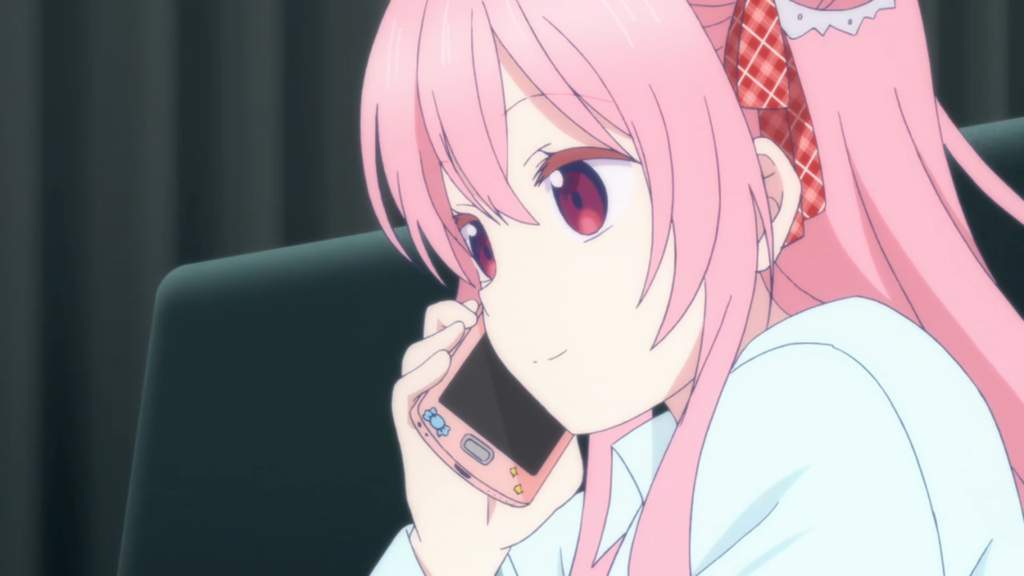 Satou then decided to get a new job for her to get more money for their living expenses. It was her first day of the job and of course Shio’s worried that Satou would be coming late home late and miss her, of course being alone at home does feel rather sad. Of course Shio is well aware that she’s working hard for both of them and reassured Satou that she’d be alright.

On her first day of the job you could tell how hard she was working, complimenting her new manager and co workers, Oh little does she know. That was until one of the workers, Mitsuboshi, confessed to her, she did tell him that she had someone else that she loved and can’t reciprocate his feelings towards her.

Of course the other workers heard about it and asked her about it. 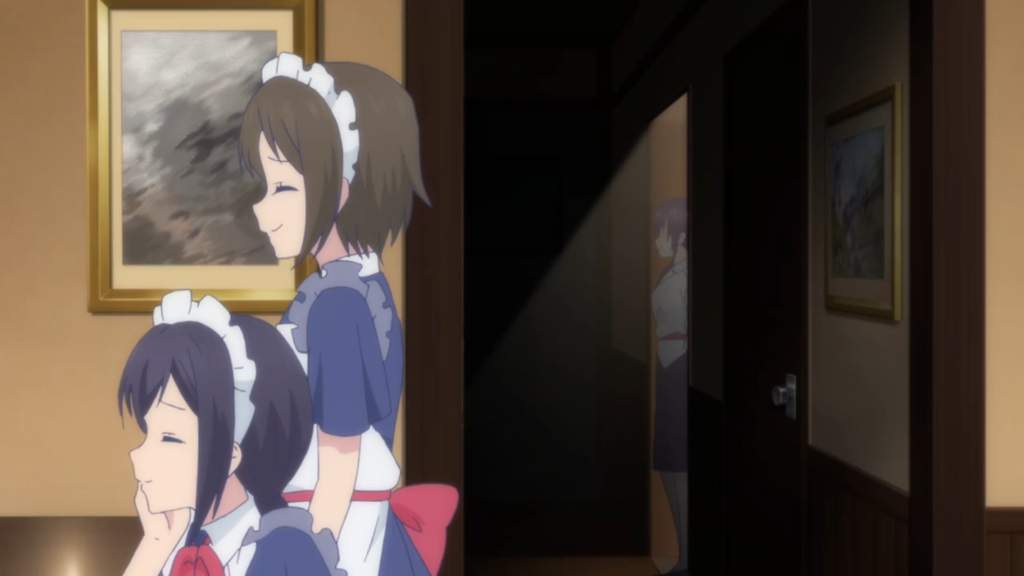 What’s that I see? The manager listening in their conversation? Hmmm. I wonder why.

At the end of the day while Satou was hurrying to get home she found Mitsuboshi heading his way inside the manager’s room. And to their surprise, that was the last time Mitsuboshi came back to work.

The manager started on asking Satou to work double shifts causing her to come home late day by day because of their shortage of staffs and hoping she would take responsibility for his work. One night, one of the other staffs warned her to follow what the manager says.

It continued on for a while and you could tell how Satou was slowly getting the hint that the manager was doing it on purpose. It showed how she would come home late and Shio would just be there waiting and falling asleep as she waited for her to come home.

This can’t go on. 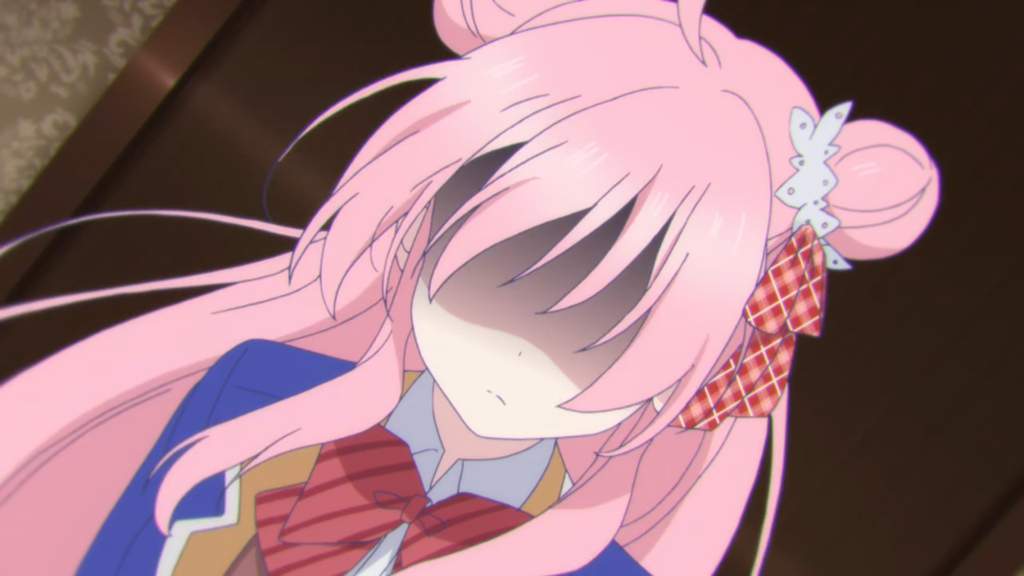 Satou was slowly loosing her sanity and eventually go crazy.

The next day she received her payment and wondered how her payment didn’t match with her work hours, telling the manager there was a mistake. The manager told her that that there was no mistake, and in the end she revealed her true colors and how she was envious of how Satou was grabbing the attention of everyone and since she caused trouble in her manager’s love kingdom where they should be worshiping her instead of Satou, she decided to cut her pay. 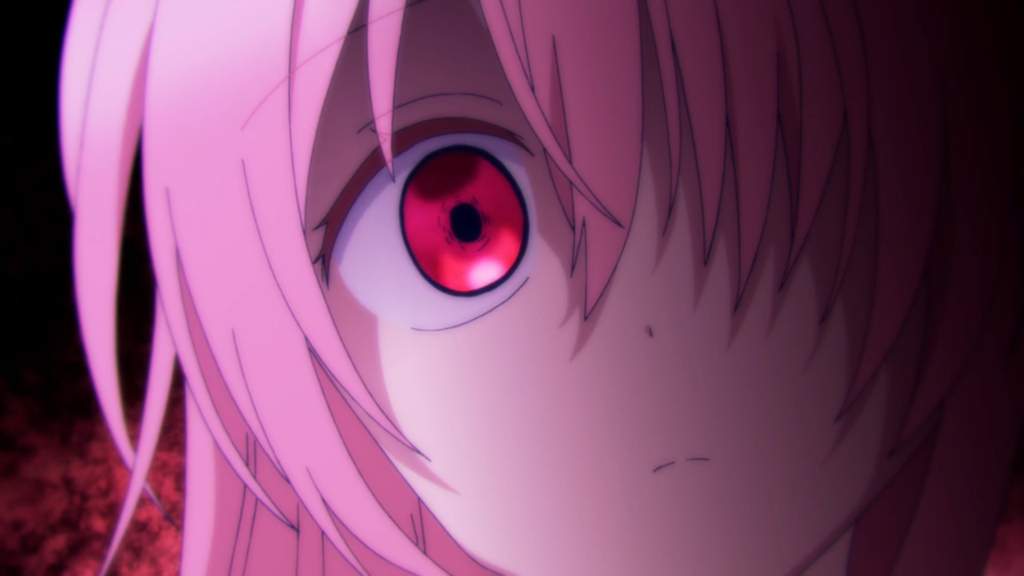 And she lost it.

Satou confronted the manager about how she caught her taking Mitsuboshi, and how she shouldn’t be going for underage kids. Of course the manager defended herself , but in the end Satou caught her red handed with a video recording in her phone with the manager admitting her nasty deeds.

That’s what would go on Satou’s mind. She found the idea of love coming from the manager bitter. As she got home she was welcomed by Shio and everything just went better. 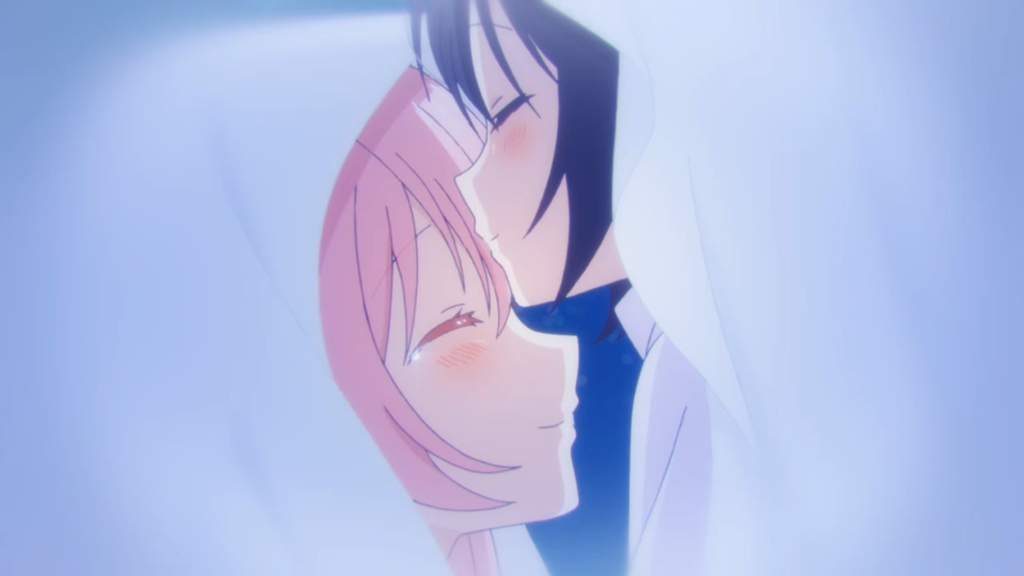 She was finally home and well with Shio, she felt happy and more relaxed at this point. She did have her own worries and thoughts on how she has never felt love like this way before, saying that it was different.

Shio-chan gave me the gift of love.

In the end of the episode you see her walking inside a room that’s dark and has a heavy atmosphere, you could tell this was where her sins for her love had started. And it cuts off to the part of a young boy putting up posters of missing signs with the face of the one and only adorable Shio Kobe. 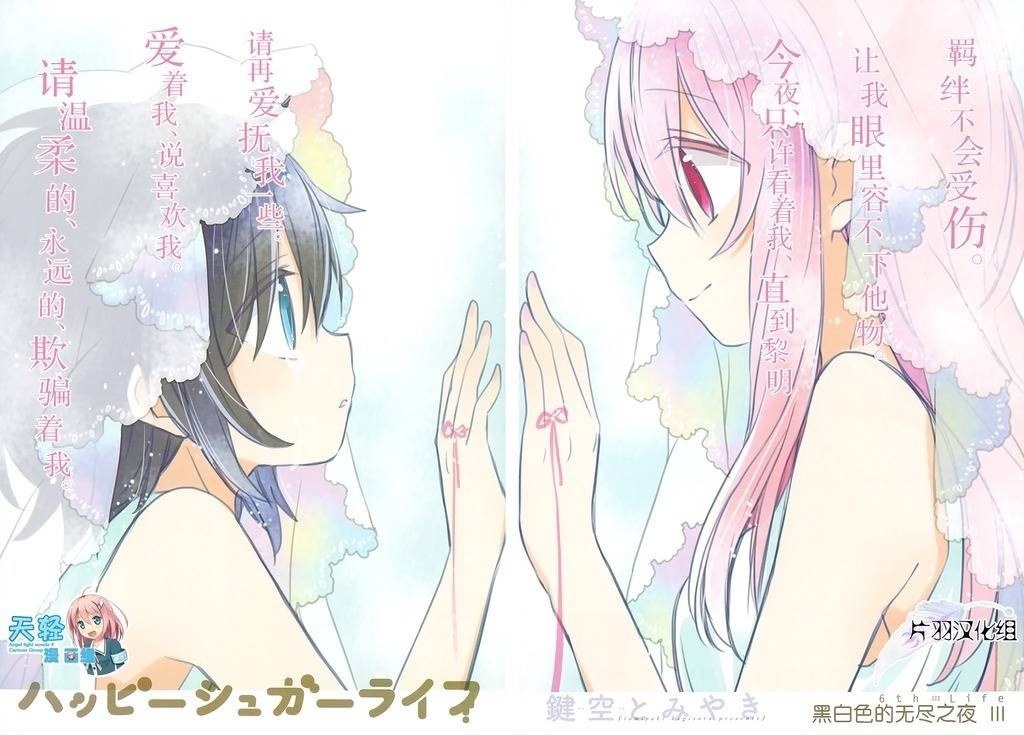